What Stays and What Goes

"Pay attention to 'outliers.' They're your worst enemies.  They're your best friend."       ~John-Paul Caponigro

Putting together a portfolio collection of photographs is hard business.  Perhaps it's not quite as drastic as Sophie's Choice, but deciding which images stay and which images go can be an intense and excruciating experience.  Here is a fascinating example of this process by esteemed photographer John-Paul Caponigro.

Celebrated photographer Ansel Adams said once that "twelve significant photographs in one year is a good crop."  Considering that the classic number of photographs in a portfolio is between fifteen and twenty, one can easily add up at least the time commitment that goes into creating a body of work, and that doesn't yet take into account the cost of producing them, or the effort put into working on them.

Many professional photographers separate themselves both academically and commercially from the herd by labeling themselves as "series photographers."  These are the ones most likely to create cohesive bodies of work that will be published in book form, or exhibited as a collective in a gallery.  Some photographers are content to produce "stand-alone" images, usually destined for the commercial market.

Usually, we all start out as photographers looking for "the one."  This is our best one, our prodigal child.  This keeper (at least in the beginning), is what usually sets the tone for future work.  This progression is not unique to photography, but it is also found in other arts, including literature.  For example, some writers might flex their muscles in various genre, until "breaking through" in one particular field, and then continuing in that direction steadfastly.

When I was working on my graduate school thesis, this is the photograph that became "the one:" 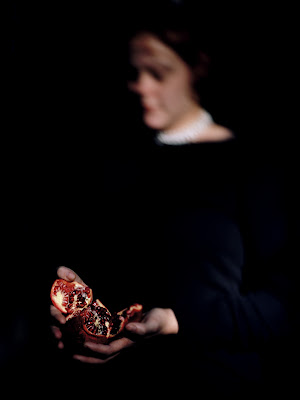 I had been working in frustration for many months, trying to blindly find a source of inspiration, and when I saw this image through the viewfinder of my camera, I knew this was it.  The next fourteen or so images came in skips and spurts, and the collection came together almost as if by magic: 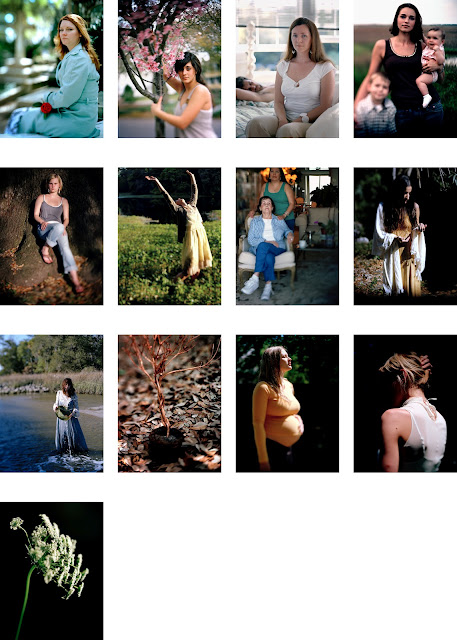 Not that there were images that didn't fit.  In particular, I had a hard time with these two:

Sometimes even "the one" doesn't make the cut (like a company's founding father that is no longer 'with it,' sometimes the board of directors has to make the tough choice of edging him out).  It is this realization and the consequent decision of what ends up on the cutting room floor, that can be the most difficult to process for an artist.  Both as a student and as a teacher, I saw artists during critique do pretty much anything to sway their critics (usually peers, teachers, or advisory committees) to allow them to keep the images in the portfolio: some had long, emotional tales attached to these images, for some the sheer financial investment was enough, some saw something in the image that not a single other person saw, some were convinced that this one image was powerful enough to carry all the other images, even if it didn't fit.  People cried, became enraged, begged, had fits, wailed, argued, pleaded, or become despondent.  What was clear to me, immediately, is that all artists, at some point when putting together a cohesive portfolio, lose sight of Rule # 1:

Do not become attached to your work.

We have heard it said from Buddhists that attachment is the source of all human suffering.  Whether or not we agree with the Buddhists, it is true that attachment can be deadly to the purpose.  One of the best pieces of advice that I felt I was ever able to give to a student was to remind them that the point of photography was to tell the tale visually; if you need to attach a long, rambling account to the side of the image telling us why this image is important to the whole, then you've already missed the point.

Focus and intent are the two most important features of the collection.  "The one" may help to add to guide the photographer in the direction that they want to go in, much like a plot line will tell the writer how his characters will act.  One of my favorite photographers, Alec Soth, used to carry a list with him when he went out photographing; as a matter of fact, he turned it into his business card.  In this way, he is not always setting out to photograph a specific thing beforehand, however if he manages to find it he will decide later whether it is a good fit for the "collection" or not.  The idea of intent and focus have a direct correlation on Rule # 2:

The more photographs you have taken with your collection in mind, the more you will have to choose from.  Of course, this also exponentially increases the number of "outliers" in the bunch, images which for some reason or another, have captivated us so much that we have a hard time excluding them from the whole.  Still, the amount of new and potential work far outweighs the risks of creating more attachment.

Another direct effect of shooting prodigiously with intent in mind, is the idea that, just as you get to know a person better by spending more time with them, the more you will become familiar with the tone, personality and weight of your project.  Adjectives will begin to flow (melancholy, spirited, hopeless, lustful, complacent, for example).  Physical attributes will emerge (strong verticals, color blocks, left-weighted focus).  The more we become aware of these traits, the better we will be equipped to cut through our work.  Strong pieces will  be emboldened, and the strong pieces will support the more ambiguous ones.  When we are finally ready, we can stride forward and apply Rule # 3:

It is okay to love some of your work more than you love the rest, however when it comes to a portfolio, pieces that do not "play well" with the others do not deserve a spot.  Perhaps these pieces will become symbols of new potential collections, or some may even be left to stand alone forever.  It was Sir Arthur Quiller-Couch who first posited this idea, in his enlightening passage on style in "On the Art of Writing."  Since then, scores of artists have acknowledged that this is the key, the need to be bold, ruthless and decisive, in order to succeed.  If you feel that your grouping would collectively suffer in poignancy by lack of dominant, stand-alone images, you are not thinking of or looking at the whole.  For example, when we think of our favorite books, even though we may appreciate a few lines here or there above the rest, we do not usually think of the book individually by chapters, but by how it comes together as a unit.  How many times have we thought, "well, that was a good movie, but all those special effects at the end really ruined it."  Don't let your ego and your need for praise detract you from the storytelling.  For that, there is always Flickr.
Posted by Katherine Agurcia at 12:37 PM